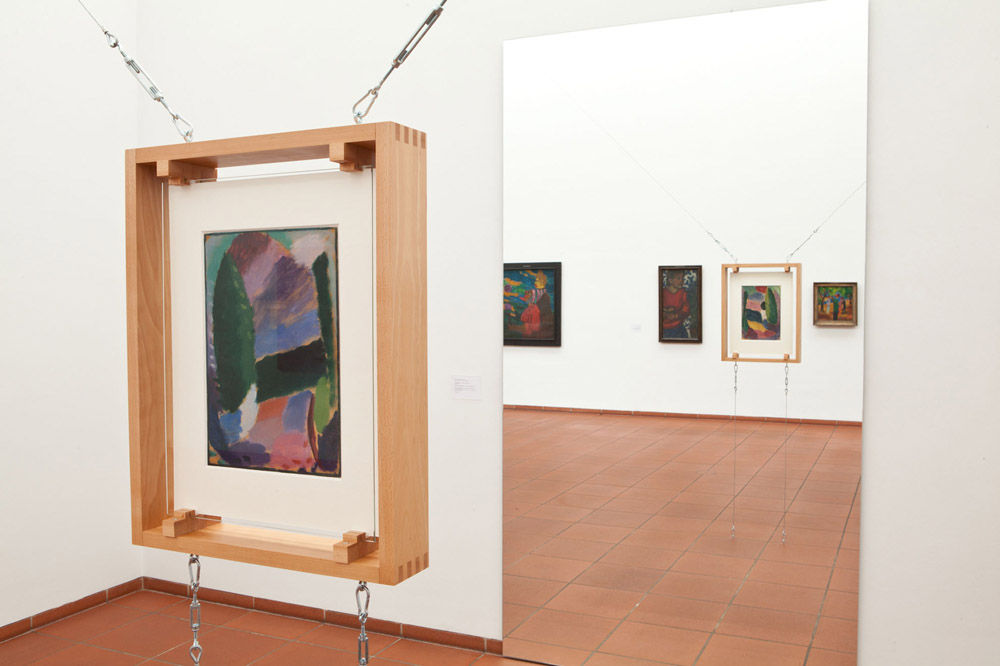 The king leaves. He carefully prepared and impressively staged his departure in November, as befits the last reigning grand master of the international art world. Ever since König organized “Western Art” in 1981 at the height of Cologne’s art metropolis dreams, Cologne has been under the spell of this singular exhibition organizer anyway. At the age of 57, he was appointed to the Museum Ludwig and took over the management of a museum for the first time in 2000. “After all, I’m outside the industry, not an art historian with a doctorate and have done various things, but above all for a frighteningly long time I have always been concerned with what artists do and what art could be,” he explained refreshingly modestly. In twelve years, König has earned and conquered the unfamiliar position of museum director. Finally, he takes impressive stock with a whole series of exhibitions. As if the exhibition organizer König, who had recently matured into a great museum man, wanted to show the international audience what can be gained from an art museum under municipal sponsorship, even in the art metropolis plagued by public debts in decline. The round dance began last autumn with the exhibition “Vor dem Gesetz” (Before the Law), in which König returned to his very own field of sculpture in a large-scale show and expanded it with rooms of contemporary art. This summer, the Museum Ludwig is showing three exhibitions at the same time, which once again impressively demonstrate König’s wide-ranging curatorial understanding as well as his personal connections and concerns. “A wish always remains” (see our exhibition announcement) refers once again to König’s opening exhibition at the Museum Ludwig, when he opened his “Museum of Wishes” in 2000. With “Claes Oldenburg” he returns to the artist with whom he had his first exhibition as an unknown young man in New York and with whom he has had a long friendship ever since. At the same time, with Oldenburg, he sheds light on those “sixities” whose spirit of optimism feeds König’s anarchic and anti-institutional élan to this day.

With “Meisterwerke der Moderne. The Haubrich Collection in the Museum Ludwig”, König touches on three sore points of his adopted home of Cologne: The cathedral city’s by no means easy approach to modern art in the early 20th century. The preservation and development of a private collection of this modern art in the Nazi era and, last but not least, the essential contribution of collectors to the rise of the art city of Cologne in the seventies and eighties of the last century.

“It’s come full circle for me,” König writes in the foreword to the new inventory catalogue for the Haubrich Collection, the “centrepiece” of the Museum Ludwig. What was later to be coined for the collector Peter Ludwig, the famous sentence “the collector goes ahead”, had already applied twenty years earlier to Josef Haubrich, who had already donated his art collection, saved by war and tyranny, to the bomb-destroyed city in 1946 and thus set a sign of hope. Until his death in 1961, he devoted himself to expanding his collection.

After the separation of the double museum at the cathedral in 1994 (the Wallraf-Richartz Museum moved into a new building near the town hall), the bulk of “one of the most beautiful collections of classical modernism in Europe” remained in the Museum Ludwig, as König enthuses. Even if this sounds a little full-bodied in local patriotic terms, just think of the collection of Karl Ernst Osthaus in Essen’s Folkwang Museum, that of Bernhard Sprengel in Hanover or that of Rudolf and Bertha Frank in Stuttgart (currently: Kunstmuseum Stuttgart, until 7 October), for Cologne it was an invaluable gift, a bridge to the new era.

However, König’s words about the “centerpiece” also suggest that he is concerned with an act of compensation, if not reparation. With Haubrich, he wants to pay tribute to a collector who, despite all the hardships and upheavals, helped modern art achieve a breakthrough in post-war Germany, but who moved into the background with Peter Ludwig’s impressive mass purchases. So it was nothing with the Haubrich-Ludwig Museum. The Kunsthalle, named after Haubrich, was demolished in 2001, the first year of König’s term of office. The newly arranged Haubrich collection in the rooms on the first floor of the Museum Ludwig can also be used as a prologue to the Sonderbund exhibition (1912 Mission Moderne. Die Jahrhundertausstellung des Sonderbund, Wallraf-Richartz-Museum & Fondation Corboud, Cologne: 31 August – 30 December 2012). The young Cologne lawyer Josef Haubrich also received significant impulses from the Cologne Sonderbund exhibition of 1912, with which the entire range of Expressionism experienced the ‘monumental break’.

The inventory catalogue shies away from a clear position

The new presentation of Haubrich’s masterpieces, after all, the catalogue lists 250 works, led not least to disputes about looted art and corresponding restitution claims, with which the Museum Ludwig was and still is confronted. One work has already had to be restituted, and decisions are pending on at least two other paintings. The inventory catalogue of the Haubrich Partial Collection presented for the exhibition is therefore not only a long overdue new publication, the first since 1959, but also the due scientific review of the provenances of all works acquired by Haubrich. However, there are two limitations. Exceptions are the more than 400 watercolours and drawings, described by the lead curator, Julia Friedrich, as “the heart of the collection”. In addition, the investigations are “to be regarded as preliminary”. In 2009, the Historical Archive of the City of Cologne collapsed and buried Haubrich’s estate, the museum’s purchase files, the estate of the Kölnischer Kunstverein and many other significant material.

“To make this book,” the editor Friedrich warns against, “no less opportune time could have been found.” This probably also means further pending proceedings, restitution demands that are in the house and could thus also put the collector Haubrich himself in the twilight. The elaborately researched catalogue is therefore shy: where it becomes critical, it remains non-binding. For many years, Haubrich was a good customer of Alfred Flechtheim (who played a major role in the Sonderbund exhibition). But immediately after the “seizure of power”, when the Jew Flechtheim was driven into exile, Haubrich switched to Axel Vömel and remained his loyal customer until his death. The catalogue shies away from the word “Aryanization” in this context and instead resorts to the lax formulation: “In March 1933, Axel Vömel opened a gallery in the Düsseldorf rooms of (Flechtheim).” That’s how you could say it. The euphemistic sentence, however, concealed this blatant case of a takeover of one of the most important galleries of modern art by a staunch supporter of the Nazis. At the beginning of 1934, Vömel boasted to the director of the Düsseldorf Art Museum as a member of the “SA. R1 Der Stahlhelm, 5. Axel Vömel has not only taken over the vacant gallery spaces at Königsallee 34 and replaced Flechtheim’s company sign with his own. He took over Flechtheim’s artists and their commissioned goods wherever they lived scattered in exile. The catalogue lags behind the scientific research in this central Flechtheim/Vömel case, probably out of consideration for two currently pending legal disputes.

It is about Kokoschka’s portraitTilla Durieuxfrom 1910, which belonged to Alfred Flechtheim’s private collection. Vömel then sold the painting to Haubrich in 1934. The Flechtheim heirs have been demanding the painting back for years. The insured value of the portrait amounts to three million euros. The case is now before the Limbach Commission for clarification. Their award is expected at the end of the year.

The George Grosz painting YoungSpaniard/Young Girlfrom 1927 also bears a restitution claim on the part of the Grosz heirs. The painting had remained in Flechtheim’s gallery to the commission of Grosz when he had to flee head over heels from the Nazis abroad. Again via Vömel, the factory came to Haubrich in 1940. All paintings that had remained in the Galerie Flechtheim in Düsseldorf as commission goods of the artists were taken over by Vömel for resale, those of the Berlin gallery were taken over by Alfred E. Schulte, admittedly without the consent of the artists and without notifying them of sales, even to participate. At the beginning of 1933, well over 50 works by George Grosz were on commission with Flechtheim in Düsseldorf and Berlin.